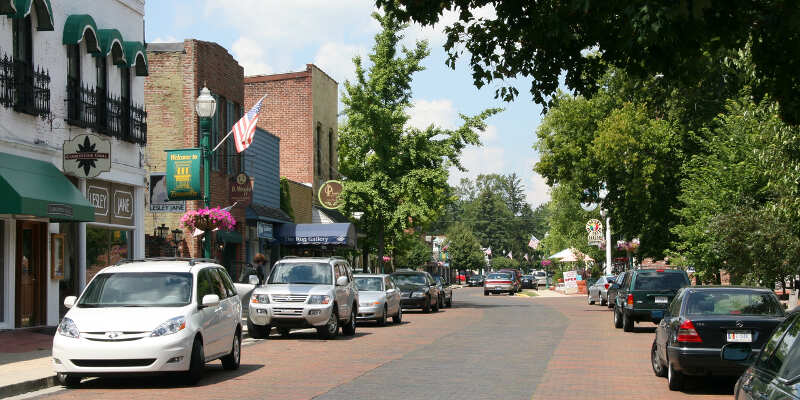 These Are The 10 Most Above Average Cities In America

A major component of our content is rankings, and we spend a lot of time hanging out in the realm of superlatives — the most this, the ten best that, the worst whatever. And because so many of our studies are data-driven, we look at the middle for medians and means, trying to discern what’s ordinary to better grasp the extraordinary.

But instead of looking at the greatest, the smartest, the fastest, etc., what about things that don’t end in -est? What about the little guys who are doing a pretty good job — dammit, what about the not-so-little-but-not-too-big guys?

What about the most above average? The paragons of the pretty good, the deacons of decent? Dammit!

We got tired of seeing New York and Los Angeles at the top and Detroit and the whole state of New Jersey at the bottom — Using data from the American Community Survey, we were able to put together a ranked list of just that.

Here are the ten most above average cities in America, based off of Census data:

The breakdown of our top 10 list can be found below, but first, here’s how we came up with the list of the most mentionable honorable mentions.

How we determined the most magnificently meh municipalities in ‘Murica

We took 23 criteria from the most recently available data — the 2011-2015 American Community Survey data from the US Census — for details such as:

We gave each city a “meh” point for being in the third quartile, based on each individual piece of criteria, then added them up to determine the rankings.

Looking at each of these items individually, we then limited our search criteria to the 200 largest cities in the country by population. Ties were broken by the largest population, since the difficulty of maintaining that above-averageness increases with the populace.

If your city or town isn’t among the top ten, jump down to the bottom of the post to see a detailed chart of the top 100. Otherwise, learn more about how the top ten cities achieved their potential.

How it’s not average: Located in literally the most OK state in the country, Tulsa takes the cake with the most mehs in America. It has the second-shortest commute time in the country, and is also dubiously home to the center of the universe. Having been to Tulsa I sincerely doubt this.

Then again, Hanson hails from Tulsa and I think the universe revolves around them.

How it’s not average: Second place in our most second place ranking, Omaha is most famous for two things: a Counting Crows song not written about it, and Peyton Manning shouting it before the snap. Even its most absurd law is mildly pleasant about a reasonable food: bartenders can’t sell beer unless they are simultaneously brewing a kettle of soup.

How it’s not average: Despite what TV shows like Portlandia might imply, Portland isn’t just some place that hipsters and hippies go to escape from society at large (although there’s certainly some of that happening, too).

It’s too far above average for commute points in this ranking, in that it has the most bicyclists per capita as well as the largest naked bicycle race. But despite the city’s unofficial slogan being “Keep Portland Weird”, City Vitals Weirdness index ranks it only eleventh.

How it’s not average: It’s not as big as Houston or San Antonio, but a completely false little known fact is that the airport is largest than Rhode Island.

How it’s not average: Ah, the Bull City, which actually has more lemurs than bulls, it’s not average in that its Research Triangle Park has more PhDs, as a proportion of the population,than anywhere else in the country.

I’m really happy for them, you know?

How it’s not average: The city of Tucson, AZ is literally the sunniest city in the United States with 350 days of sunshine a year and almost the third most mispronounced city in the country, after La Jolla and Spokane.

How it’s not average: Taking the bittersweet #7 spot is the town of Colorado Springs, CO. With a Number of Mehs of 10, it is also number four on North Korea’s strike list — but it’s OK, because they’re not so savvy as to realize that Colorado Springs is in Colorado, and instead think it’s in Louisiana.

How it’s not average: Coming in at #8, the city of Sacramento, CA has both he largest almond processing plant in the world and the second most trees in one city in the world — but it’s also got, like, more frickin’ frozen yogurt shops than anywhere else in the country.

How it’s not average: Finishing strong at #9 the town of Mesa, AZ, the most conservative city in the country according to USA Today and also one of the worst places for bike commuters — which makes since, given that there 301 summer days a year and it’s, you know, stupid hot.

Interestingly, it also has one of the highest rates on our list of ladies over 65.

How it’s not average: Rounding out our list and coming in at #10 is the city of Long Beach, CA, which holds a record that absolutely no one ever, anywhere cares about: the world record for Most Couples Feeding Each Other Simultaneously. And while it’s named after a long beach, it’s home to another records: the world’s narrowest house at 10 feet wide and three stories.

Here are the 100 most above average cities in America

Are you a recent college graduate thinking about moving for a new job? Find out which types of jobs have the highest turnover.

Or are you looking for more articles like this one? Check out what which states are the most dangerous ones to live in.