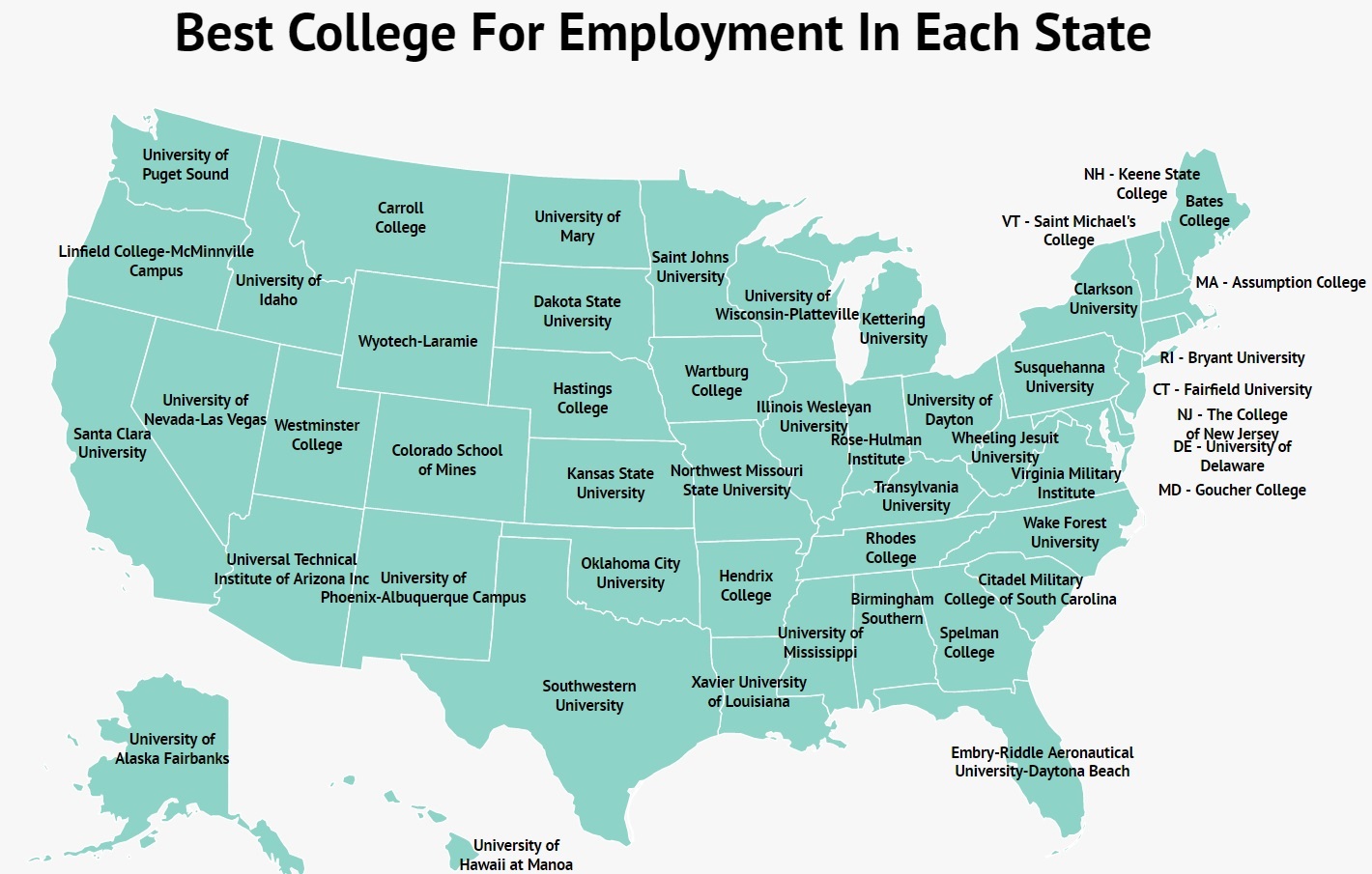 Not all schools are equal in this, and some colleges are vastly more supportive of their students’ post-graduation concerns than others. To help showcase some of these stand-out universities, in addition to the map at the top of this article, we at Zippia have put together a list of the top schools by state in terms of college placement ratings.

Both the map and list were created using information found on the Integrated Postsecondary Education Data System (IPEDS) database or the CollegeScoreCard data.

Using IPEDS, we searched for the college in each state with the highest listed job placement ratings, looking specifically at employment levels at year 10 after students have graduated.

Then, we looked at the ratings themselves and ranked each state’s top school according to their rating. For the purposes of readability, each school’s rating was then rounded down to the last three decimal places, and we included the city each state’s top college was located in.

If you’re looking for a job out of college, you can browse jobs by your college major or learn about what it takes to get a job.

Because of the importance of applications and placement rates to incoming freshmen getting into school, it can often be tough to tell who to trust with these numbers. While some institutions go to great length to ensure their numbers are as accurate as possible, not all are as diligent — or (let’s just say it) as honest.

Fortunately, there are still plenty of groups around who remain the impartial watchdogs they were intended to be (for now, at any rate).