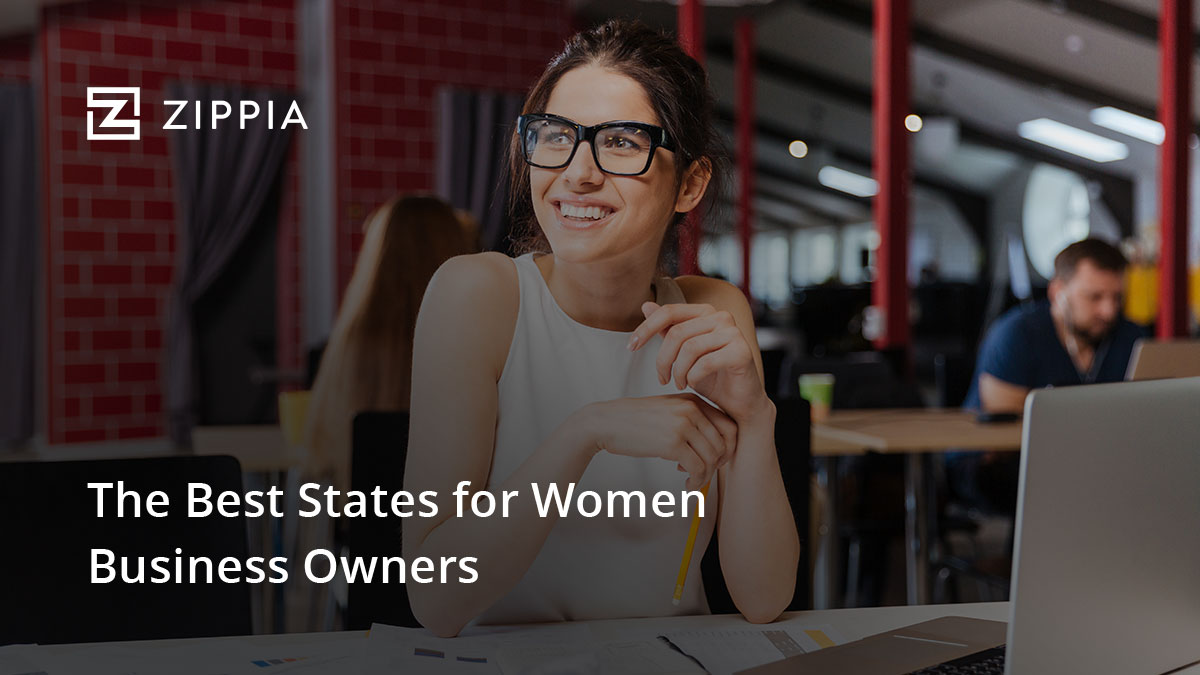 These Are The 10 Best States For Women Business Owners

In case you are completely oblivious haven’t been keeping up with current events lately, there’s been a little kerfuffle caused by an aggressively stupid employee’s bigoted memo about women in the workplace from a certain globally dominant company.

Go ahead and google “Google women” and see what comes up.

But we want to focus on another area, because while the pay and even the gender relocation gaps receive spotlight, people don’t always pay attention to another one — the small business gap and how it varies across the country.

In addition to the many other advantages brought by a more equitable lending economy — like being able to sleep at night because we’re decent human beings — the gender gap in small business costs the US at least $800 billion.

And because of this and many other reasons (like the morality of it), at Zippia we feel that workplace equality isn’t just a women’s issue, it’s everyone’s issue — so we looked at the states where the percentage of female business owners is the highest.

The West Coast is the best region, the South is the worst

Yet again, the rest of the country can rest safely knowing that the South is always there to make it look better. I’m looking at you, poorly-ranked heartland states.

We used data from the most recent Survey of Business Owners (SBO) and census data from the American Community Survey to determine which states had the most female business owners and where they went to start their businesses.

Only one southern state makes it into the top half — Florida at #11 — of all of the states in the country. This may be due to a whole bevy of societal and cultural reasons, or stereotypes, which serve to explain this phenomenon.

I don’t know, I’m not really going to get into all of that

But I will say that the fact that the West Coast is the female small business powerhouse region and also bills itself as the most progressive part of the country, so gee, maybe advancing women’s rights actually does something after all.

Female business owners have to be more self-sufficient

Far and away, both men and women dig into their savings most when starting up businesses, with both sexes relying on their own previously-hard-earned cash to float their startups more than half of the time.

How men and women fund their startups

What’s interesting is that other than “none needed”, men go to literally every other type of funding to start their businesses than women. Only 3.6 percent of women use banks or financial institutions — making it their fifth option — while it’s the third choice for men, who use banks 8.5 percent of the time.

And you may have guessed, but this isn’t just because women are so darn frugal.

And if you’re a woman looking for some sweet venture capital (VC) funding for your seed, the odds are against you. Not even a tenth of a percent of women secure VC funding to start their businesses, while men do at a rate of more than three times this.

But what about Small Business Administration (SBA) Loans?

One of the tenants of SBA loans is that they’re designed to expand small businesses owned and controlled by women, but they rely still rely on outside lenders.

The most common type of loan for startups, 504 Loans, require the borrower to only put up 10 percent of the cost, while the SBA backs 40 percent and the lender 50 percent. But that still means that half of the lending burden is borne by the banks, who have a tendency to discriminate against women when it comes to loans, as mentioned above.

We the thing is, the SBIC and SBA think they’re meeting their goals can try, but we can’t pin the nail on this particular inequality donkey, but studies show that discrepancies between male and females entrepreneurs in terms of credit and revenue may be at the root of the financing problem.

Of course, these are influenced by the gender wage gap, societal misconceptions, and general dickish misogyny — all of which we a a society need to work together to combat.

20 Best Companies To Work For In Raleigh, NC