The 15 Largest Manufacturing Companies In The World

By definition, manufacturing refers to the large-scale production of goods that convert raw materials, parts, and components into finished merchandise. These completed goods are then sold to consumers or other manufacturers who then go on to produce a more complex product.

Manufacturing companies are businesses that use those raw materials, parts, and components to assemble the finished product. These organizations typically have machines, robots, computers, and human assembly lines to produce their merchandise.

There are three different types of manufacturing production. The first is make-to-stock (MTS) which is the traditional manufacturing strategy relying on historical sales data to forecast the demand and plan accordingly.

Make-to-order (MTO) is a strategy that allows customers to order customized products. This process begins once the order is received so the waiting time might be longer, but there is little to no risk of excessive inventory.

The final is make-to-assemble (MTA) which relies on demand forecasts to stock the components of a product. However, the assembly only begins once the order is placed, making it a nice middle option between MTS and MTO. 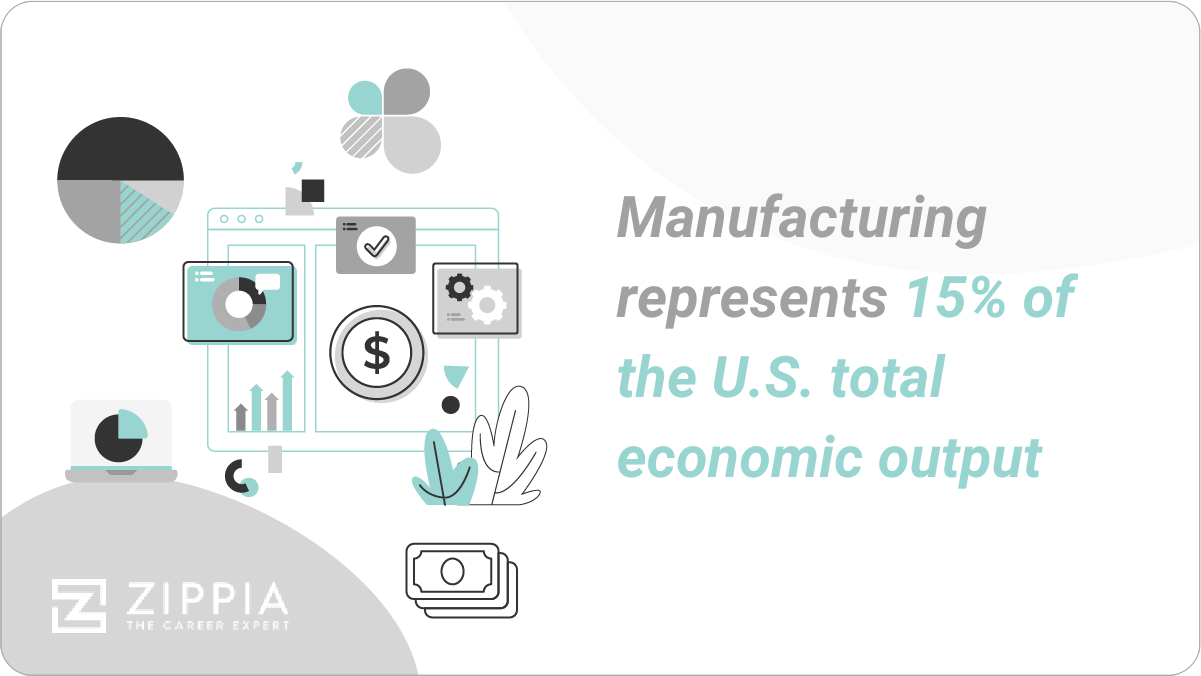 Find Apple Jobs Near Me

Find Volkswagen Group of America Jobs Near Me

Find Samsung Jobs Near Me

Find Foxconn Jobs Near Me

Find Cardinal Health Jobs Near Me

Find Ford Motor Jobs Near Me

Find General Motors Jobs Near Me

Find BMW Jobs Near Me

Caitlin Mazur is a freelance writer at Zippia. Caitlin is passionate about helping Zippia’s readers land the jobs of their dreams by offering content that discusses job-seeking advice based on experience and extensive research. Caitlin holds a degree in English from Saint Joseph’s University in Philadelphia, PA.