These Are The 10 Happiest Places In New Jersey

And as we all know, where we live and the job we have can all play a big part in our overall sense of contentment and happiness. For that reason, we took a dive into a bunch of data to help you identify which places in New Jersey have the biggest smile of them all.

With that in mind, we settled on 9 criteria to help us try and find the places in New Jersey that are the happiest of them all. And it’s with the biggest smile possible that we present this list of the Happiest Places in New Jersey:

Nothing Better Than Measuring Happiness In The Garden State

There’s a bunch of different studies out there that try to measure what makes people truly happy. And while we all know that money doesn’t but happiness, it definitely removes anxieties and helps keep you healthy. It’s just that anything past about $70,000 a year doesn’t help as much.

That’s a ton of fun — and happiness — for the whole family, backed by science. The data was all found on Sperling’s Best Places.

After we decided on the criteria, we gathered the data for the 236 biggest places in New Jersey that weren’t townships.

We then ranked each place from one to 236 for each of the nine criteria with a score of one being the happiest.

Next, we averaged the nine rankings into a Happiness Index for each place with the lowest overall Index being crowned “Happiest Place In New Jersey”.

Read on for more happy information about the top ten or skip to the end to see a list of the top 100 happiest places in New Jersey. Our apologies to Audubon, NJ which ranked 101 overall. 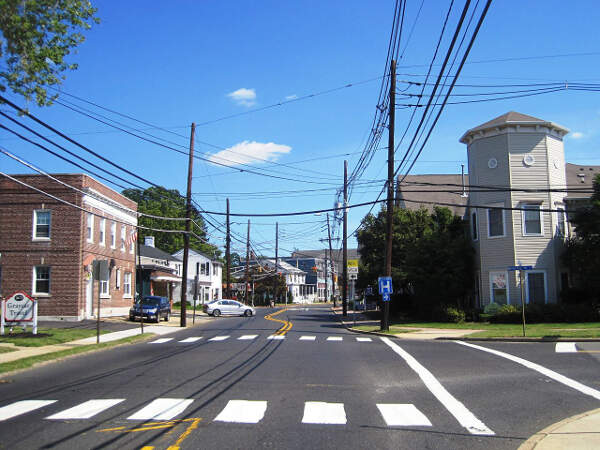 When Pharrel was thinking of his hit song he was probably standing in the middle of Hamilton Square reflecting on the area around him.

Hamilton Square took the top spot thanks to a strong showing across the board while excelling in home ownership rates (2nd best overall) and crime rates (top 10%).

If only there were slightly more sunny days in the Square, then the city would probably be home to unicorns. 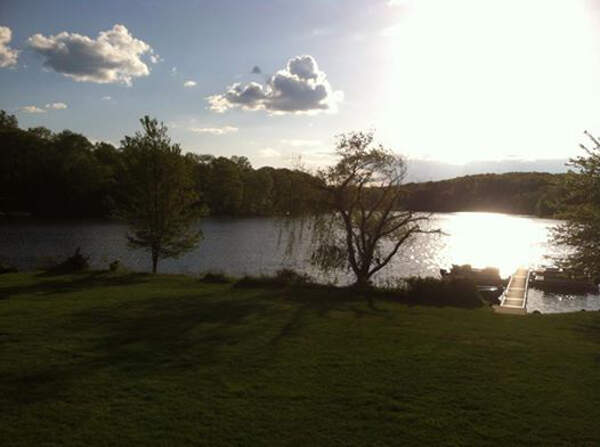 It’s hard to be unhappy when you’re not only surrounded by a lake, but also by meadows. As such, White Meadow Lake takes the second overall spot for happiness in the Garden State.

The criteria that got the city here include an impressively low unemployment (tied for 6th lowest) and a crime rate lower than Hamilton Square.

The one down side of living in a meadow surrounded by a lake? The commute to work takes a while. But at least you’re in nature, right? 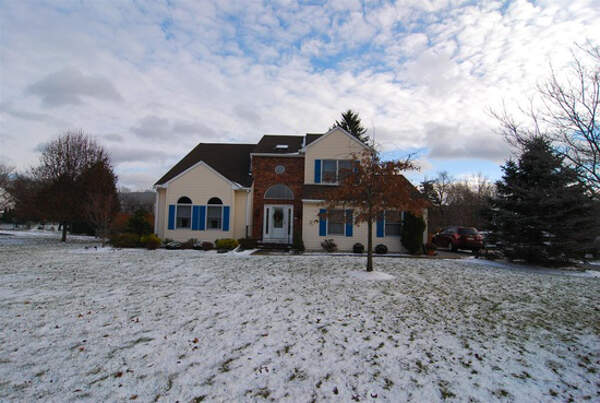 Succasunna should probably consider renaming itself to Succa-sunshine-and-rainbows. Well, actually, that might be a bit much, but it would be well deserved as the third happiest place in New Jersey.

With numbers like that, you may be wondering why Succasunna doesn’t rank higher on the list. And that would be due to commute times and the cost of living. Because, you see, there are normally trade offs that must be made to reach true happiness. 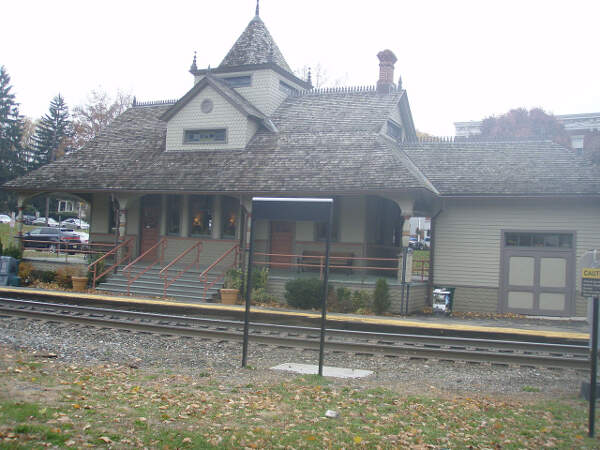 Oradell rank as the fourth happiest place in New Jersey on the back of a high median income (9th highest in the state) and a high home ownership rate (top 10%).

When people are not strolling around town or going to see a play at the Little Firehouse Theater, they sleep soundly in one of the safest places in New Jersey.

Ahh, if only the whole world was as tranquil as Oradell.

It turns out a little silver can become happiness gold in Little Silver as it ranks as the fifth happiest place in New Jersey.

The second smallest place on our list, the town punches a happy one two punch of a large percentage of college educated adults (5th highest overall) and low crime rates (5th best).

Add in the fact that the town is pretty friggin rich and it’s very likely that Little Silver becomes Lots Of Silver over the next couple of years. 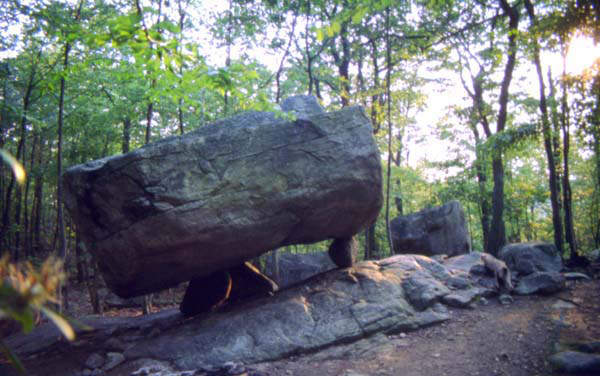 The sixth happiest city in New Jersey goes to Kinnelon.

Like many other communities on this list, Kinnelon scores well in unemployment (6th best) and safety (11th best).

The town suffers from the one downside of all the happiness — it’s expensive to live there with a cost of living well above average for NJ. 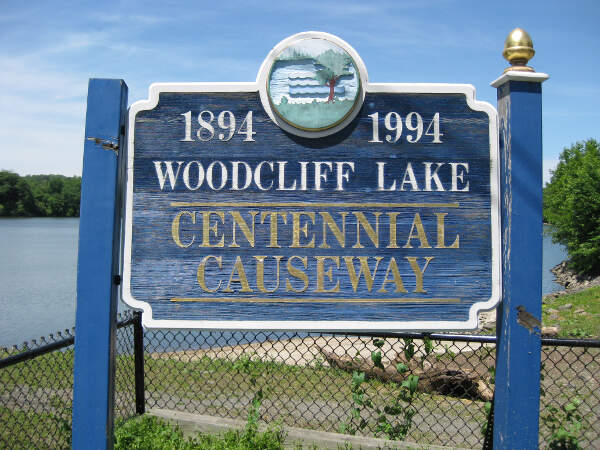 The smallest place on the list, Woodcliff Lake comes in as our seventh happiest place in New Jersey.

The Lake, a name I’m bestowing on it right now, scores well for the amount of college educated adults (10th best in the state) and number of sunny days (top 10%). 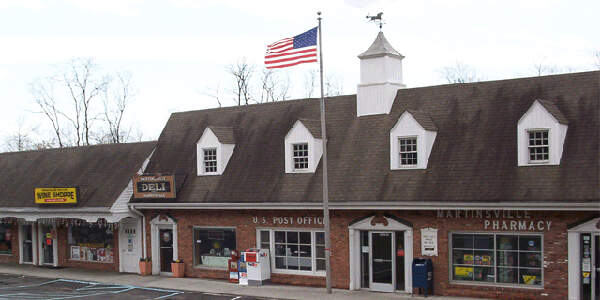 Martinsville ranks as the eighth happiest place in New Jersey.

The path to happiness in town leads through owning your own house apparently. 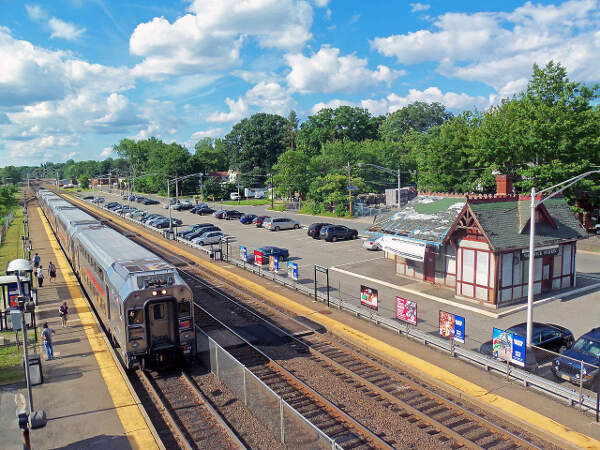 The ninth happiest place in New Jersey is Waldwick.

This borough in Bergen County didn’t really excel in any one category, but scored above average for 8 of the 9 criteria. The one that it was below par for? Cost of living.

That seems to be the trend… City wide happiness costs a pretty penny to settle into. 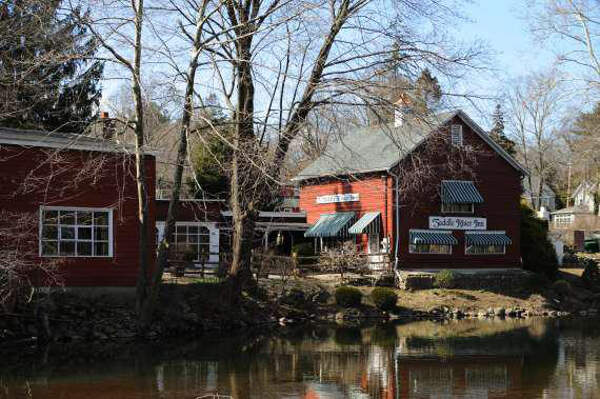 Upper Saddle River takes the tenth spot on our list and bragging rights for being the happiest Saddle River.

The town of over 8,000 people boasts the most educated populous of any place in the top ten (4th highest overall in the state) and the highest median household income.

So I guess money can buy happiness, at least in New Jersey.