Craft Beer for the Win: The States with the Most Breweries 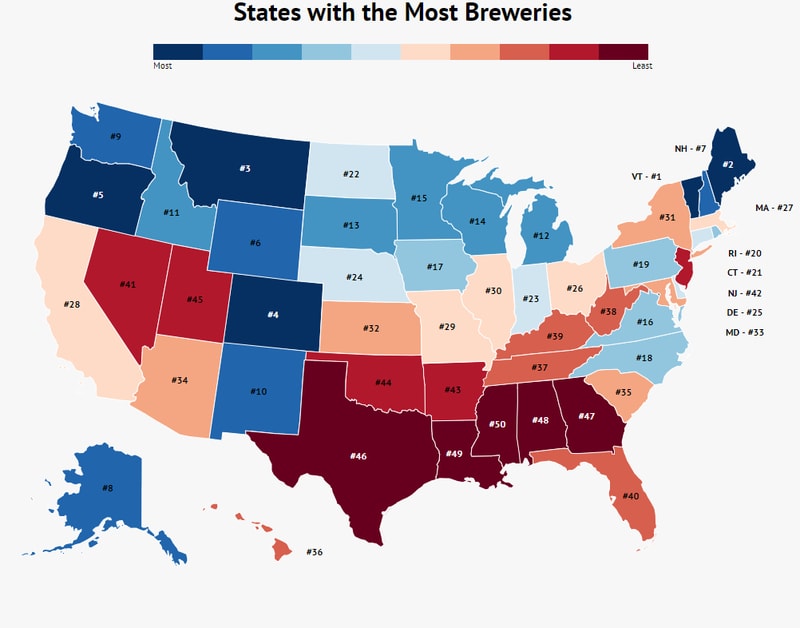 For people who enjoy the occasional brewski, there’s just something about a brewery that you can’t get anywhere else.

The atmosphere. The beer selection. It’s all very unique and only something you’ll find at a brewery.

More than ever, Americans are flocking to breweries to get their craft beer fix. So much so that the number of breweries in the U.S. gained 436 just last year alone.

Now, there are 6,400 breweries to choose from across the country. Those breweries aren’t equally distributed, so we got to thinking… Which states support the most breweries?

We looked over how many breweries were located in each state and compared that number with the population. From there, we were able to determine that these states love their breweries.

States with the Most Breweries

Any of these states would be a great destination for all of you craft beer lovers out there. The more breweries the state has, the more opportunities you have to satisfy your craft beer itch.

Keep reading to find out how the rest of the states fared in the brewery scene.

This one was pretty simple. We used data on the number of craft breweries per state from Statista.

Statista defined a craft brewery as any brewery that makes under 6 million barrels of beer a year and isn’t majority-owned by another big alcohol company. From there, the craft brewery must have a Brewer’s Notice from the Alcohol and Tobacco Tax and Trade Bureau. Oh, and of course, they must make beer (sorry cider lovers.)

However, no surprise, the bigger states have more breweries. In order to find, where the hardest core craft breweries are, we then used population estimates from the Census to see what states have the most breweries for every man, woman, and child in the state (although, hopefully, those kids aren’t partaking.)

That gave us a list of 10 craft beer-loving states with the most breweries for their population size.

It’s true that Vermont loves its craft beer. With 68 breweries, it’s easy to assume most people in Vermont prefer to choose to spend their Friday nights sitting at a brewery. In fact, there are enough breweries for 9,176 people to have a brewery all to themselves.

The fact that Maine has the second-highest number of breweries in the U.S. doesn’t surprise us. You need something to wash down all that lobster. The 133 breweries supported by the state provide enough breweries for every 10,107 people to enjoy their own brewery. Of course, not all of those people are going to fit into the brewery in a single night. But you get the idea.

Montana has a way of dealing with the cold weather. Drink beer. Which explains why the state loves breweries. With 92 breweries, the state has enough to support 11,617 people per brewery. Cheers!

After a long day shredding the mountains, there’s nothing better than a glass of craft beer at a brewery. That’s how we know that Colorado is obsessed with breweries. The 425 breweries around the state are the highest number of breweries on this list. Compared with the state’s population, there are 13,550 people per brewery. 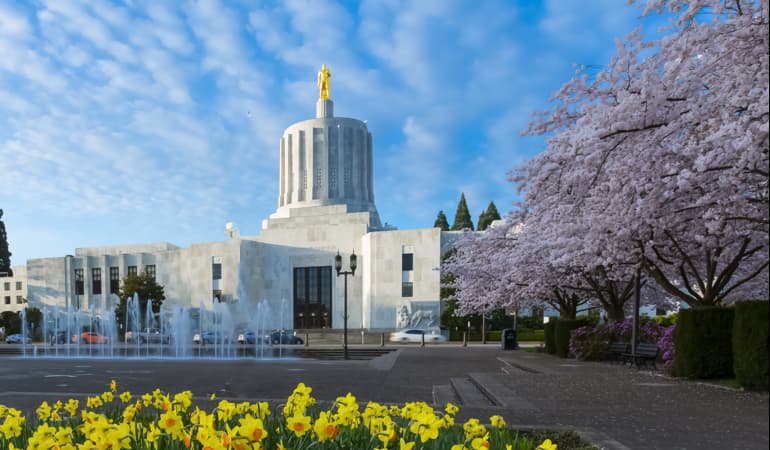 Oregon enjoys breweries as much as the next state. But it’s only enough to be fifth-most in the U.S. But even still, 311 breweries is not a number to scoff at. That’s quite a lot. In fact, it’s enough for 13,562 people per brewery.

Sixth on this list is Wyoming. Sure, there are a lot of outdoor activities to enjoy in Wyoming (take Yellowstone National Park for example), but those don’t compare to visiting a brewery in Wyoming. Ok, so maybe that’s a stretch, but still, 41 breweries in Wyoming is pretty significant. Which means they definitely enjoy a brewery visit there.

Instead of sitting by the fire trying to stay warm, the state of Alaska spends its nights surrounded by others in a brewery. That’s one way to warm yourself up! With 45 breweries overall, the state offers one per 16,257 people.

Although Washington has the second-highest number of breweries on this list, that number compared to the population is enough to bump it down to No. 9. The 423 breweries provide enough opportunity for you to try something new every night, but it adds up to only one brewery per 18,002 people. Better get there early so you don’t run the risk of missing out on a craft beer. 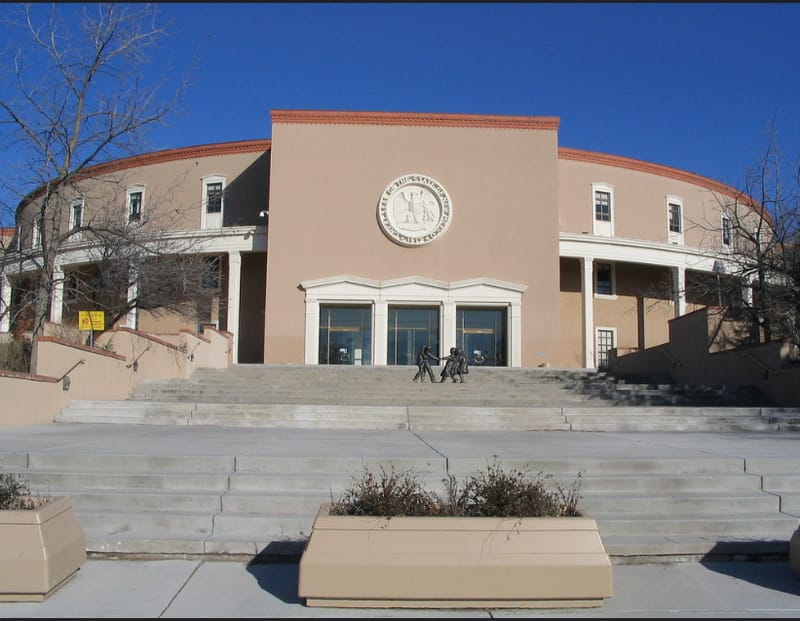 New Mexico is the 10th-most craft beer-loving state we know. The state supports 94 breweries, which boils down to 22,307 people per brewery.

I Scream, You Scream, We All Scream for Craft Beer!

So maybe that’s not how the song goes. But it couldn’t be more true for the people who live in the 10 states we’ve mentioned.

Not only do these states support large numbers of breweries, but it’s so much so that people don’t have to fight for a seat. If there’s no room, they can move on to the next brewery.

The table below shows how the rest of the states feel about breweries.

States with the Most (and Least) Breweries