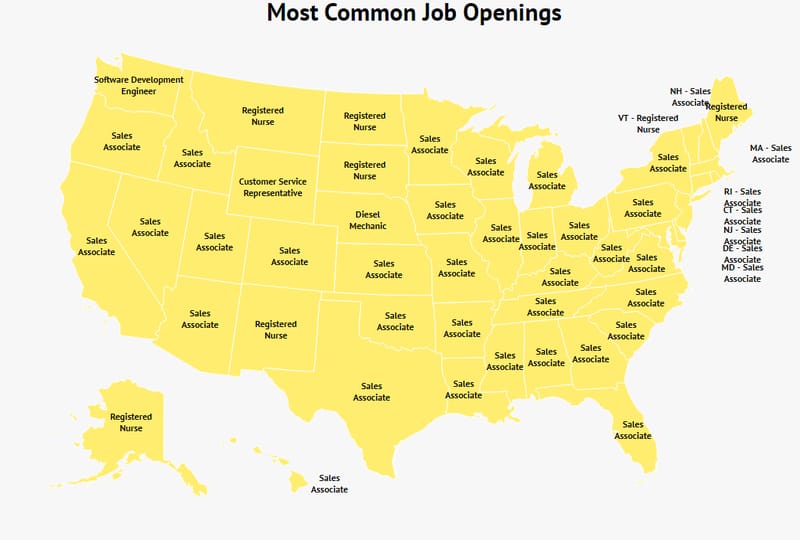 Most Common Job Openings In Each State

Have you ever wondered what positions employers are hiring the most? Lucky for you, we’ve found the most (and second-most) common job openings in each state.

These openings range from registered nurses to sales associates to even volunteers. So if you’re considering a career in one of the areas listed below, you’re in luck! Lots of employers are searching for people to fill these positions.

Keep reading to find out how many job openings are posted for each state so you know what your chances are.

Summary of the Most Common Jobs

We bet you didn’t know that there are only 5 of the most common jobs across the country. These jobs include:

These are all great positions to go into, even if you’re looking for a new career path. Especially since California has 5,884 sales associate positions available. Even 502 registered nurse positions in New Mexico sounds pretty good. Let’s sort through some of the other notable takeaways from our data.

We didn’t want to leave you with just five types of jobs. Plus the fact that the most common job in 40 of the 50 states is Sales Associate just didn’t bode well.

So we went ahead and found the second-most common jobs across the U.S. This list will give you the variety you’re looking for.

How We Determined The Most Common Job Posting In Each State 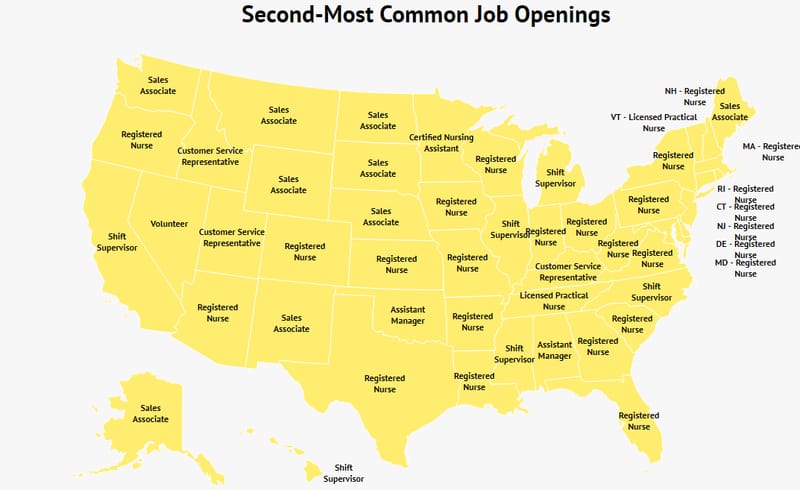 Okay, so this list has a lot of the same job titles, but at least not every state is occupied with sales associates job postings. With the second-most common jobs, you’ll notice a variety of 8 different jobs.