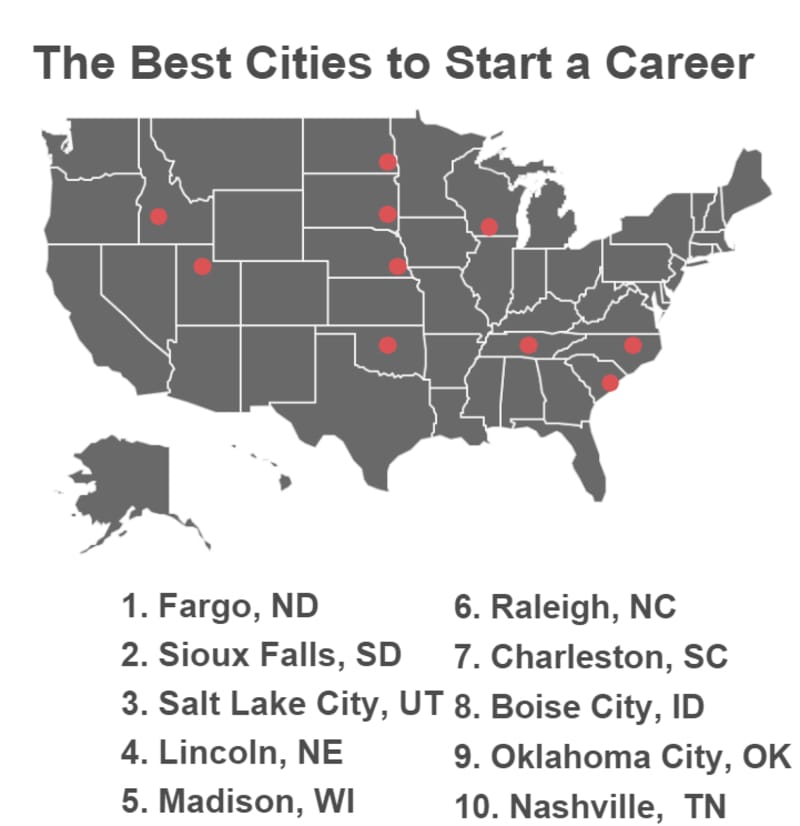 The 10 Best Cities to Start Your Career

by Amanda Postma
Study - 4 weeks ago

Starting your career can be tough. No matter how old you are or how much schooling you have, it’s always difficult.

It especially doesn’t help when you have your parents on your back about it because they want you out of the house. If you’ve been searching for a job in your area with no luck, maybe it’s time to try job hunting in a different city. We found the the cities where rent is cheapest, starting incomes are high, and jobs are abundant.

Check below to see if your city ranks as one of the top 10 best cities to start your career.

The Best Cities to Start a Career

Just because your city didn’t make it on the top 10 doesn’t mean it can’t be No. 11. Keep reading for our full list of best cities to start a career to see where your city made it.

How We Determined The Best Cities to Start Your Career

We looked at over 200 cities and ranked them on the following areas:

We first examined median income to find the cities where young professionals can expect to bring home the biggest paychecks. Money can’t buy happiness, but it can buy creature comforts and pay off hefty student loans which goes a long way.

However, big paychecks can come with big bills- so next we looked at average rent costs. For those just graduating college and moving to jump-start their careers, it can be a struggle to scrape together first month’s rent, last, and a security deposit. That first paycheck may not make it into their bank account for a month! The smaller the monthly rent, the better.

Finally, we looked at average unemployment. If that first job doesn’t end up being a dream job, getting your next job is easier when you’re in a city with a strong labor market.

All of our data came from the most recent Census ACS.

While people living in Fargo only make a median income of $38,525, they’re in the best place to start their careers. Especially with the average rent being $818 a month and unemployment settled at 2.5%, it’s easy to see why Fargo tops our list. 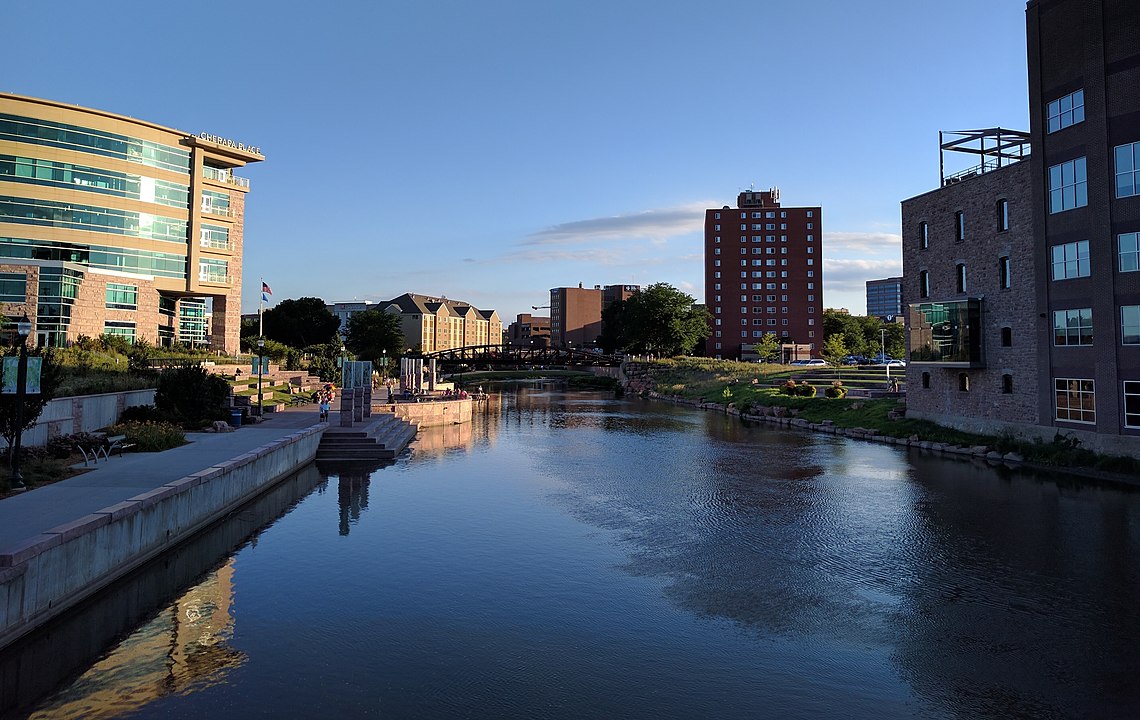 No. 2 on the list is Sioux Falls with a low unemployment rate of 2.1%. But that’s not the only contributing factor. The city is also known for its low average rent of $811 a month and a median income of $35,942. With those kinds of numbers, people from all over are flocking to Sioux Falls to get a jumpstart on their careers.

Coming in at the third best city to start your career, Salt Lake City has an unemployment rate of 2% with the median income being $43,458. Sounds pretty good, right? The only downside is that the average rent there is $1,001 a month.

With a low average monthly rent of $843 per month and the unemployment rate sitting at 2.4%, the No. 4 spot of Lincoln, Nebraska doesn’t sound like a bad place to send a few resumes. However, the city’s median income is pretty low at $37,481.

Madison has claimed the fifth spot of the best cities to start your career with its unemployment rate sitting at 1.4%. Even the city’s median income is something to boast about with it being $45,382. However, it can be a little expensive to live there with the average monthly rent at $1,125. Maybe you can live in a box.

While Raleigh isn’t the only city that occupies the No. 6 spot, it does have a lower average rent of $1,131 than the other city it’s tied with. With a slightly higher unemployment rate of 2.3% and a much lower median income of $47,701, Raleigh definitely deserves some recognition for being a great place to start a career.

Also coming in at sixth place is Charleston. Unlike Raleigh, Charleston’s two strengths are its median income of $56,121 and its unemployment rate of 2.2%. Meanwhile, it’s average monthly rent runs at $1,288. The average salary alone puts Charleston on the career map. Boise made a little noise as the No. 8 best city to start a career. It’s easy to see why the city is desirable for entry-level applicants with the 2.2% unemployment rate and $941 average monthly rent. However, it’s median income is a little tough to swallow coming in at $38,078.

Taking the No. 9 spot is Oklahoma City. While it’s easy to find a place to rent there with the average at $872 a month, it’s no surprise the median income is also low at $37,965. Last, but not least of the top 10 best cities to start a career in, is Nashville-Davidson(balance). The city offers a higher-than-most median income of $48,807 with an unemployment rate of 2.5%. The average rent of $1,117 is the kicker here.

Summary of the Best Cities to Start a Career

While salary may be the first to jump out at you on this list, be wary of the costs each city has to offer. Just because you’re making a higher salary doesn’t necessarily mean you’ll be taking more of the dough home. If you didn’t find your city in the top 10 list, check out the table below to see where it ranks. Maybe another city is more worthy of your applications.

The Best Cities to Start a Career Ranked