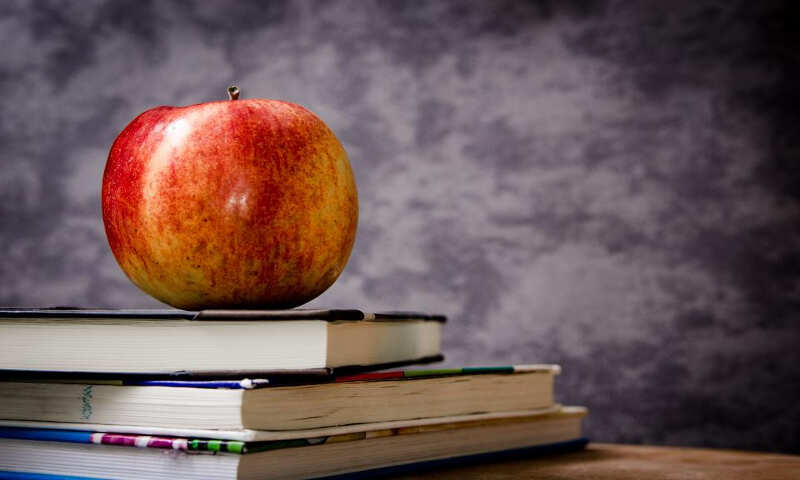 The 10 Most Exciting Jobs of Former Teachers

As we’ve mentioned here before, it’s tough to be a teacher nowadays, and more and more educators are losing confidence in their own profession.

The amount of people majoring in Education is dropping dramatically, and the teaching work force itself is beginning to wane.

With so many teachers no longer being teachers, this begs the question: what are all these former educators doing now?

We were curious, so we looked through the resumes of former teachers to see what kind of jobs they were moving into after leaving the field of education. There were thousands of answers, so we made the cutoff at the top 100 jobs.

The full list of those jobs can be found below, but here’s a quick top ten:

These are all good jobs, all of them either utilizing some skill that a teacher would have or being a stepping stone to a different career or being otherwise exciting in their own way.

Here’s the thing about these jobs though — as a list, they’re kind of boring as hell. They’re pretty much exactly what you’d expect a lot of former teachers to do after teaching.

Here are some of the most interesting jobs of former educators:

How We Determined the Most Common Jobs of Former Teachers

Using resume information from our database of over 7 million resumes, we looked at all resumes that listed teaching or educating under their work history. Then we looked at which jobs (besides more teaching) showed up on their work histories following their teaching positions, sorting them by their most frequent.

That’s how we made the initial ranked list, which you’ll find at the bottom of the article. To make our list of most interesting jobs, we looked through the ranked list to see if any positions stood out as memorable or worth noting.

That’s all — below, you’ll find our list of the most interesting jobs of former teachers.

Percentage of Former Teachers: 0.16%
Turns out that more than one former teacher is actually living in a Herman Melville novel. The more English Literature-focused teachers might actually find this a dream come true. Others might be a little surprised how they got here.

Percentage of Former Teachers: 0.13%
Presumably not “of the United States,” but still, pretty impressive nonetheless.

Percentage of Former Teachers: 0.09%
This is actually kind of perfect for a former teacher. When you love telling people random information and general life advice, adding alcohol to the mix can only be a winning combination.

Percentage of Former Teachers: 0.03%
I’ll be honest, had to Google this one just to be sure it wasn’t like a sex thing. Turns out it has to do with insuring items that are in transit or likely to get damaged. Which is pretty exciting to imagine your old English teacher doing, albeit not as exciting as I initially thought.

Percentage of Former Teachers: 0.03%
If most people were aware they could go from teaching to doing make-up for stars and celebrities, the field of Education would be dropping a lot faster than it is already.

Percentage of Former Teachers: 0.02%
I really like the idea of someone going from teaching children to actively protecting them out in the “real world.” When a teacher notices signs of child abuse or neglect, the options for help can often feel limited, particularly since you’re essentially confined to what you can do from your own classroom. As a CPS Investigator, however, you’ll enter the situation directly, going to a student’s house and meeting with parents to determine if abuse is occurring.

Percentage of Former Teachers: 0.06%
For those teachers who always wanted to stop showing students how machines work and just start working the machines themselves. I like to imagine these machines are giant robots or laser guns. They probably are not.

Percentage of Former Teachers: 0.06%
For those who don’t find this item as exciting as some of the other options on this list, I’m just going to leave this picture here for you:

Percentage of Former Teachers: 0.07%
I dont know about you, but this is how I like to imagine all my old teachers now. Not struggling for money, not stressing themselves out at a job they despise, but out at a cottage somewhere by the beach just painting away. Maybe they’ve got a scarf or something on. That seems like something artists wear. There’s just something about art that really captures the imagination.

Percentage of Former Teachers: 0.02%
Hmm. Well, hey. Art is hard, you know? And pretty pretentious. Who’s to say that “sandwich” is any less of an artistic medium than sculpture? I mean, I know a ton of people who hate art. But who doesn’t like sandwiches?

Putting It All Together

That’s all for now! Below you’ll find the full ranked list of the most common jobs of former teachers.

Wondering why so many teachers are leaving the profession? Check out our article explaining why men may be at fault.

Still in college and trying to decide on a major? Check out our article on which majors are the most in demand.

Detailed Ranking of the Most Common Jobs of Former Teachers